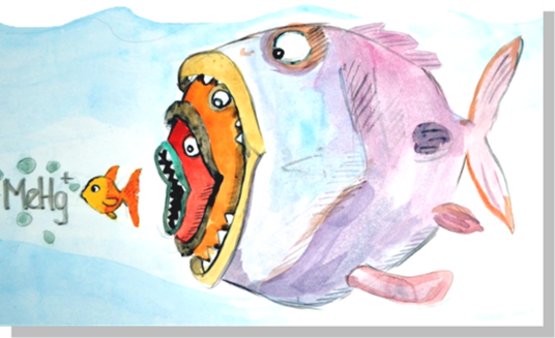 Mercury Speciation in ecology and in the technosphere:

Mercury in all its molecular forms is toxic. The element in wide-spread is in nature and bio-accumulates in the food-chain. Additional environmental problems are created due to its indiscriminate use in gold mining and other industrial applications and its presence in crude oil and natural gas.

Determination of inorganic mercury and its two methylated forms is required in a wide range of sample types. The standard method for quantification is a complicated and time-consuming method utilizing gas-chromatographic separation coupled to ICP-MS after derivatisation of the compounds. We developed a HPLC-cold vapour-atomic fluorescence spectrometry method, which does not required derivatisation and is able to detect the main natural mercury compounds in a variety of sample types. This method employs an on-line enrichment step, which allows detection limits at the pg/L (ppq) level. 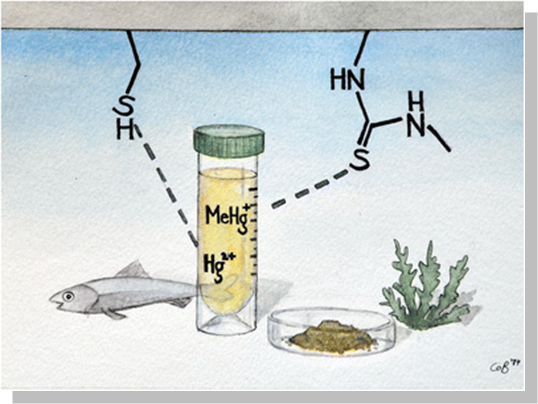 Mercury interacts also with other elements and influences their speciation in biological tissues.

A large thrust of our research is devoted to marine mammals, especially pilot whales and the mercury/selenium and cadmium/selenium interactions in their metabolism especially the formation of natural nano-particles. We were able to detect significant amounts of these nano-particles in liver and brain of stranded pilot whales and found a correlation between selenium and mercury concentrations in these tissues.

Mercury can also form naturally sulphur-containing nano-particles, which were among others detected in crude oil. The distribution of mercury in petrochemical fractions (crude, gas condensate, gas..) depends on the mercury species present. Data show that crude oil contains mercury partially in form of nano-particles, which can not be removed by the normally used mercury removal units.